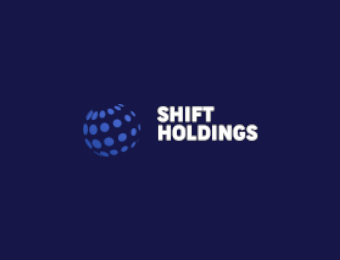 No problems with withdrawals. No suspicious practices.
Customer Service ( 1 )

Ease of use, fast execution, reliability.

Shift Holdings is a company claiming to be a licensed Forex / CFD broker. In their e-mails, they informs customers that company has a CySEC license. Nevertheless, there is no such entity in the CySEC database.

According to reports from our readers, this company uses intrusive telemarketing and misleading advertising messages, characteristic of SCAMs from the FX market. We advise against establishing cooperation with this company.

If you’ve dealt with this company, share your opinion.

What to do when you’ve been scammed by Shift Holdings? 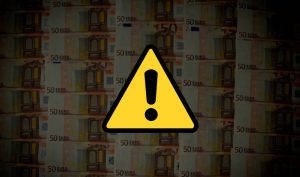 Hi, I want to inform and warn you and others of my current situation with Shift-Holdings, I have invested a considerable amount of money into this parasitic company with no return. After paying my initial registration fee of 250Euroes I was contacted by Alex Borg who quickly built up a rapport and set up various systems on my computer, he demonstrated how he can quickly make money be trading in BITCOIN and also demonstrated how I can transfer money from Shift-Holdings back to my cryptocurrency wallet then onto my bank, albeit very small amounts. Then came the big sell to invest more money, this is where Jaydon Myers got involved and looking back on the events he uses bullying tactics to get you to invest more which, unfortunately I did.
The crux of my issue is when I wanted to withdraw my funds, I had to pay a closure fee, (closure agreement) I paid the Fee and filled out the forms and then my funds went missing, according to Alex Borg I had a malware on my computer, which was absolute nonsense, as my computer is fully protected and has been independently checked, and my money was sent to a Bitcoin trading company in San Francisco, the only way I could get my funds back was to pay an additional 7% of my funds as a Fee. I had phone calls from both Alex Borg and Jaydon Mayers, which I recorded saying I would get my money back once this fee was paid, they also admitted in the conversation that it was shift-holdings fault, again I have this phone call recorded, both lied through their teeth. Once I refused to pay anymore money, I heard nothing for two weeks despite repeated e-mails and signal messages to them.
Then one day I get a phone call from a Ben Zacs who staes he is handling my case and that my money would be returned to my trader account and that Alex Borg was off ill due to COVID. He stated that my funds would be returned to me and that I had to fill out the withdrawal forms once again, having done so, it then took them a week to tell me that they could not transfer my funds by BITCOIN due to this mysterious malware issue on my computer, which does not exist and the only way they can transfer my money is by bank transfer however, in order for me to do this they would require me to pay an additional 11% Fee on my fund in Taxes for the bank transfer, I have informed them that I won't be doing this and that they should transfer my money via my BITCOIN wallet as there is no malware on it.
I have heard nothing back from them for over 10 days, no answer to my mails or signal messages, which is apparently a tactic of theirs when they run out of excuses, their behavior is for sure unscrupulous.

I have contacted the UK ActionFruad Team, FCA and econsumer.gov of this company who exploit people with no intention of any return, I would suggest that anyone who is thinking about investing money into this company, think very carefully before they do and please read the comments made by others on the internet review sites, because you will lose your money for sure.

The scammers and thieves currently operate under the name Shift Holdings (shift-holdings.com). Previously, they were called Nava Gates, and before that, Meta Trust. I suspect that this is not their only new incarnation (even the website creation template is the same). They are operated by Share Oracle Ltd. and everytime use the same registration number 2020/IBC00012 (adress: P.O. Box 2290, Roseau, Dominica). The economic entity that registers fraudsters is OSC Ltd. (internationalbusinesscorporation.com). Unfortunately, I personally got cheated by Shift Holdings (they claim they operate from Greater London) and deposited a large amount of money into my trading account via Coinbase. I think this loss is irrecoverable. I want to warn potential victims of these scammers. They are ruthless and very dangerous. Let's try to put them in jail.

they dont pay out money!!! i am struggling with withdrawal of my depost

Submit your own review

I confirm that this review was written based on my own experience and was not solicited in any way by any broker.

No posts — ad a new one below.

Add a thread/question for the forum